Anybody remember the part in the 2000 comedy film ‘Road Trip’ where pot-loving, super-brainy Rubin attempts to teach ancient philosophy to his friend Josh as they make their way back from Austin, Texas in the back of a stolen school bus?

Rubin said he could teach anything to anybody within 46 hours, the key is finding a way to relate to the material. Naturally, he and Josh decided that the best way to cram an entire year’s syllabus into just two days was to link the subject to professional wrestling. Personally, I’m far more likely to digest the minute details of Aristotle’s work if I can somehow tie it in with Stone Cold Steve Austin’s World Heavyweight Championship match with The Rock at WrestleMania XV.

I’m going to use Rubin’s approach to explain how content marketers can eradicate the bad habits that are currently holding them back. While nothing would please me more than to create an endless stream of content marketing/WWE analogies, I’ve opted to use another US phenomenon to explain my points -‘Breaking Bad’.

Walter White and Jesse Pinkman started their drug empire from the back of a beaten old Winnebego, but it soon became clear that this was not a long-term fix. Over the next six seasons, we saw them cook crystal meth in Jesse’s basement, in Gus Fring’s underground super-lab and even in people’s houses that had been cordoned off by fumigation specialists.

The point is that although you might have stumbled across a formula or system that works, there is no guarantee that this will last forever – you have to move with the times. Content marketers may have found a way to con the search engines by shoehorning keywords into substandard articles a few years ago, but several Google algorithm updates have rendered this approach obsolete.

Content writers should know by now that quality is key. While there is still a place for SEO, writers have had to adapt their style in order to fit keywords into articles far more naturally.

Fail to plan, plan to fail 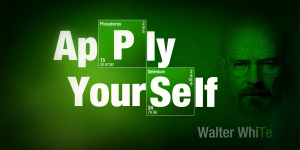 Before he turned into a murderous lunatic, Walter White had a clear plan. He wanted to raise just enough money for his family to live on if he died from cancer. Of course, circumstances and his sheer greed put paid to these plans, and we all know what happened in the end (spoiler alert – he dies, having alienated his entire family).

Content marketers also need a plan, but unlike Heisenberg, they need to stick to it. According to the Content Marketing Institute, only 44 per cent of marketers have a set content strategy in place, though I expect this figure to rise sharply in the next year or so.

Having a clear plan allows writers to:

• Pinpoint upcoming events, news and announcements that are likely to prove popular/controversial, and then produce content around these

Far too many content writers still churn out articles on an ad hoc basis. While there is nothing wrong with writing a piece that is based on an idea that suddenly came to you on the bus into work, the bulk of your content should be pre-planned.

Be meticulous – the fine details make all the difference 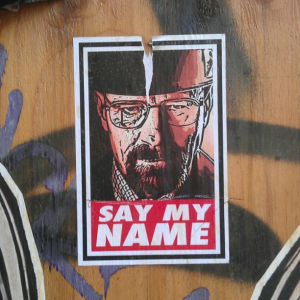 Many content marketers still think that once they have penned the final word of their article, their job is done. This is nonsense.

Figures provided by Zabisco show that 90 per cent of the information that is absorbed by the brain is visual, which highlights just how important it is to have effective images, infographics, graphs, videos and even GIFs embedded into your posts.

It’s all about maintaining high standards and focusing on the little details. Remember that somewhat annoying episode of Breaking Bad where Walter refused to start cooking meth until he and Jesse had caught a stray fly?

He was concerned that the insect could taint the batch. Meticulous preparation and attention to detail are important to Walter, and content marketers can learn a lot from him (I’d suggest you draw the line at strangling Mexican drug dealers and planting explosives in an old people’s home, though).

Know your audience and don’t be selfish 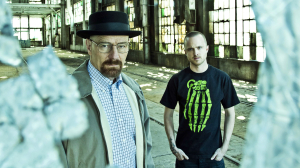 Before he formed his unholy alliance with Walter, Jesse was merrily cooking Class A drugs with Emilio Koyama. To differentiate themselves from their rivals, the pair concocted a signature meth formula that contained chilli powder.

This was merely bravado on behalf of Messrs Pinkman and Koyama, and their product certainly didn’t appeal to Tuco Salamanca – an extremely volatile drug kingpin who didn’t like the idea of mixing pure Methamphetamine with chilli powder (the prude). What this tells us is that Jesse and Emilio didn’t really think of their target audience when brewing up their specialist product – they were blinded by their own egos.

Content marketers have the same problem. It’s so easy to fall into the trap of producing content that you find interesting, but have you thought about what your customers want to read? To get around this problem, many content marketers – myself included – have started to create made-up reader personas when putting their content strategies together.

This sounds ridiculous, but it really does help you to stay focused. Before you sit down to write a 500-word blog post on how to clean your barbecue, pause for a second and consider whether what you are about to produce will capture this fictional person’s attention and prompt them to buy something from you.

Aside from the slightly underwhelming ending, Breaking Bad was the epitome of a faultless TV production, right? Apparently not.

According to MovieMistakes.com, the show was littered with minor errors. TV buffs with an extremely sharp eye (and, one assumes, far too much time on their hands) picked up on the fact that the flow of blood streaming out of one of Gus Fring’s many victims was inconsistent between different shots.

Did this detract from our enjoyment of the show? Absolutely not. However, the same cannot be said for content writers who continue to make basic errors. Whether it’s missing apostrophes, the wrong choice of word, or a weird insistence on using capital letters when they are not needed, minor mistakes can be a serious turn off.

Make sure all of your work is checked and double-checked before it is pushed live. If you’re like me, you’ll immediately think less of an article if there are glaring spelling or grammatical errors, so be careful.

So, there you have it. These are just five rookie mistakes that writers need to eradicate if they are to produce truly engaging content.

Of course, it always makes a big difference if you enjoy what you are doing. Readers can easily spot an article that was published by somebody who didn’t really know or care about the subject they were writing about.

As such, there is no more fitting way to end this article than with a quote from Walter and Jesse’s lawyer, Saul Goodman.

“If you’re committed enough, you can make any story work. I once told a woman I was Kevin Costner, and it worked because I believed it.”

Acceptable in the ‘80s? Why content marketers should get back to basics 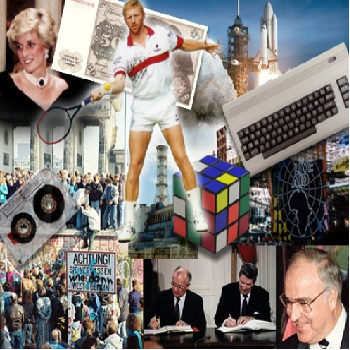 I watched ‘Hot Tub Time Machine’ again at the weekend – I admit it’s one of my go-to films for when I’m in the mood for...

What Bring Digital’s content team have learnt from the BBC 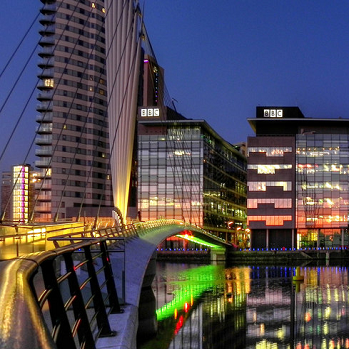 The Bring Digital content marketing team were given the opportunity to gain some media expertise straight from the horse’s mouth, at ...