Brands struggle to handle the heat in the Twitter kitchen

While we all know that it’s a vital part of our marketing and customer interaction strategies, it must be said that Twitter can be a cruel and lonely place at times.

It’s not just the deranged trolls – those fools who hurl mindless abuse at the likes of Piers Morgan, Stan Collymore and Joey Barton on a daily basis – that create an unsavoury (or in some cases poisonous) ambience across the social networking platform, we also have to keep a sharp eye out for wise guys who love nothing more than to make brands look stupid.

Social media has unarguably narrowed the gap between businesses and their customers, and has ultimately given the latter a quick, convenient way to issue praise, raise questions or lodge complaints against the former. And woe betide any brand that fails to acknowledge those who get in touch via Twitter in a timely manner.

A study conducted by Millward Brown Digital on behalf of Lithium Technologies in October 2013 showed that customers expect to receive a response to their tweeted complaint within one hour, and 60 per cent of those who do not get this will “take unpleasant actions” in order to demonstrate their disgust. Exactly what these unpleasant actions entail, I’m not entirely sure, although images of scorned consumers pelting the windows of the customer-service-deficient brand in question’s main office with eggs are suddenly evoked.

It doesn’t pay to be slow and unresponsive when it comes to using social media, which is why more businesses are getting staff to monitor their social channels 24/7. Regardless of how much time and effort your company has put into its social media strategy, you cannot legislate for smartarses who want to make you look a bit daft, and in the rush to maintain a good reputation by providing a timely comeback to what is assumed to be a valued customer, some brands manage to embarrass themselves.

There have been numerous examples of brands that have been left with egg on their face because of a misguided response to a tweet.

The most recent example involved a chap named Ryan Hand – a comedian no less – and budget airline Ryanair.

I can’t believe @Ryanair have just fallen for this joke LOL retweet!!! pic.twitter.com/WqQO1JtDmX

While it would be handy if Twitter provided a sarcasm meter, or a joke klaxon perhaps, it’s safe to say that most of us would have recognised that this was indeed a gag. Unfortunately, in their admirable attempt to offer a speedy resolution to the emotional baggage quandary, the person tasked with monitoring Ryanair’s social media mentions fell for the joke hook, line and sinker.

The cynics among us could argue that Ryanair’s PR team will be happy with the faux pas, given the amount of publicity it has received (the whole episode has been covered by newspapers including the Irish Examiner), but it is embarrassing nevertheless.

Keep your wits about you!

It’s always better to take an extra few moments to assess a situation before you issue a response. The additional time that this takes is far less likely to upset your customers than an ill-thought-out message will.

Earlier this year, there was a major backlash against US Airways after it, seemingly unknowingly, tweeted an incredibly offensive image to a customer who had complained about a delay. The tweet was taken down fairly swiftly, but not before legions of Twitter users had saved a screenshot of the X-rated message. It doesn’t matter how the mix up happened, this is another example of how brands can land themselves in hot water when responding to customers.

It’s also a great advert for regularly checking and double-checking the content of tweets before they are sent out. For big, high-profile brands, it’s worth conducting frequent checks to ensure that mischievous hackers have not infiltrated your Twitter timeline, too.

You can understand why some brands set up an automated response system on Twitter, after all, employing people to monitor your social accounts around the clock is a costly endeavour.

Some of the more sophisticated auto-tweets seem almost organic, but in many cases they stick out like a sore thumb, and they can easily damage your customer service reputation. One story that made waves in 2014 involved the American football team the New England Patriots, who thought it would be a good idea to celebrate the club’s one millionth follower by setting up an automated system that allowed fans to have their Twitter handle superimposed on to the back of the team’s jersey, alongside a nice little tweeted message.

Unfortunately, one person decided to set up an incredibly offensive account name, and of course the NFL team was powerless to prevent the automatic tweet from being published. The tweet was removed once the club got wind of what had happened, but the damage had already been done. The following apology was tweeted by the team.

We apologize for the regrettable tweet that went out from our account. Our filtering system failed & we will be more vigilant in the future.

The main objective of this blog post is to highlight the point that brands need to be constantly on the ball when it comes to using social media. As we’ve seen, rising consumer expectations have forced companies to up their game and improve their responsiveness, but some over-zealous firms have gone about this with all the grace of a bull in a china shop.

Here are four handy takeaways that should ensure you don’t become the next company to appear on a ‘Twitter fails’ list:

1) Be sharp and think before you tweet: People will try to trip you up, so make sure you can tell a genuine tweet from a customer from those sent by pranksters.

2) Monitor your content: Mistakes happen and sometimes things are posted that should never see the light of day. Regularly check your Twitter content to ensure nothing untoward has somehow wormed its way on to your timeline.

3) Lay off the automatic tweets: If you get hundreds or thousands of customer questions or mentions each day, it can be hard to reply to everybody. However, auto-tweets are blatant and will only serve to anger your customers further, while in some cases, as we saw with the New England Patriots, they can create even bigger problems.

4) If you can’t stand the Twitter heat, get out of the kitchen: If you are finding it hard to control your social media accounts, outsource this task to a specialist third-party agency that will do it on your behalf. 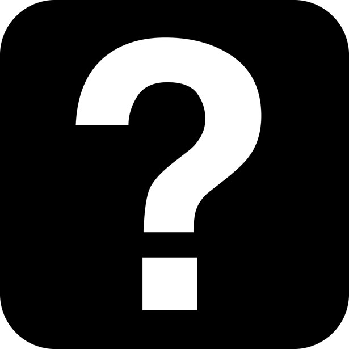 It’s no secret that brands are finding it increasingly difficult to reach their desired audiences across various social media...

Is your brand telling a compelling story? 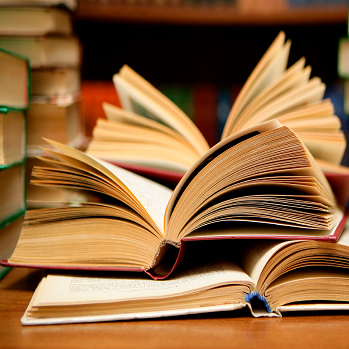 I’m going to tell you a story. It’s a tale of how an underdog fought for what they believed in and came out on top. No I’m not...