We took a challenging brief and used a combination of precise demographic targeting and extensive testing to deliver results that exceeded expectations.

In late 2016, DW Fitness First told us that they were wanted to do something new. Their plan was to launch their first-ever paid social media marketing campaign.

Naturally, we were excited. This was our chance to prove to one of our biggest clients that social media could be one of their best channels for lead generation.

But to do so, there were some pretty high benchmarks we needed to hit.

To support DW Fitness First’s ambitious membership sales targets, we were tasked with increasing their yearly lead-generation by a huge 693%.

Our first port of call was to ensure that our ads targeted users that would be interested in a gym membership.

So, we decided to create a series of highly targeted social ads that used personalised, demographic-based content.

For each of the four categories we identified, we produced a variety of creatives for different demographics, because we understood that casual off-peak users had different priorities to those with targeted fitness goals.

We also targeted users located within a reasonable proximity to DW Fitness gyms in the UK.

Once we’d gone through every detail of our plan, we were ready to put it to the test.

At the end of the campaign, we were blown away by what our team had been able to achieve for the client.

With our social media campaign, we delivered:

When we split out the results, we found that over the course of the campaign, social contributed 10% of all marketing leads for DW Fitness First. Better still, social had a 44% cheaper cost per lead than traditional paid search platforms like Google AdWords Pay-Per-Click.

We even found that some hyper-targeted ads — those that combined location, stage of buying journey, and demographic factors — had a cost per lead as low as 74% cheaper than our target cost.

Become our next success story

Our DW Fitness First social campaign was a big hit with our client, but we want to deliver outstanding results for your business, too. Get in touch today to find out what we can do for you. 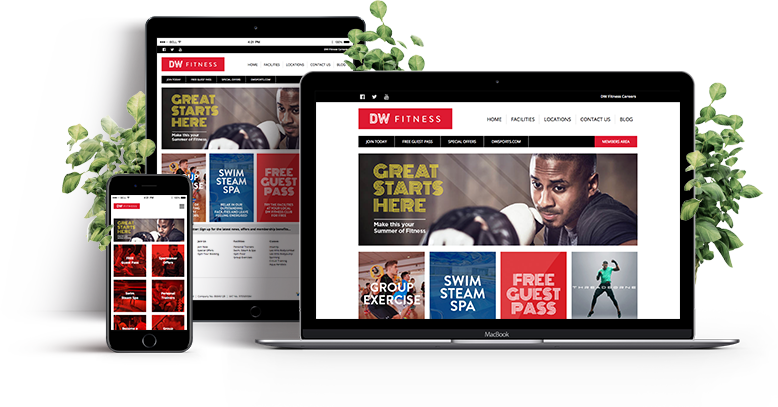